Why Buy a Phone Number When You Could Use the Web Instead? 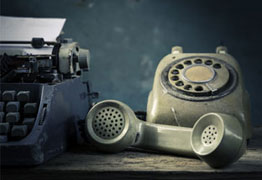 In the early days of telephony, callers had to work through an operator. A user would pick up their phone and would speak directly to the operator, asking for their intended recipient by name. The operator would then connect the call. It was not until a measles outbreak threatened the operator system in the late 1800’s that Dr. Moses Greeley Parker invented the telephone number.

From that day forward, everyone who wanted telephone service had to buy a phone number, and those numbers became the world standard for telephone use. And so it’s been, for over 100 years.

The Rise of Web-Based Communication 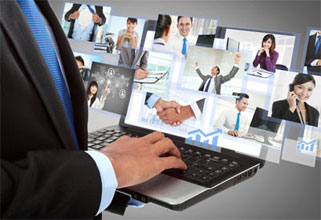 That is, until, web-based communication took off. Now, when you register for apps like Skype, Facetime, or Google, all you need is your email address or user name. That’s it. No need to buy a phone number and no need to remember contacts’ phone numbers. Once a user connects through an email address or ID, the application itself takes charge of directing the communication.

This has left many people wondering about the potential obsolescence of buying telephone numbers. Most people do all of their communicating over data lines – including placing and receiving standard telephone calls. Over the last 15 year, voice over IP (VoIP) has become more and more popular among businesses and households around the world. VoIP has rendered hardline systems almost completely obsolete, allowing people to connect at low or no-cost calling rates. VoIP has also allowed emerging markets to connect via telephone where no hardline infrastructure exists. However, while these VoIP calls are placed over the internet, users are still required to buy a telephone number in order to connect.

Is a World Without Telephone Numbers Possible?

The world is still heavily plugged in to the telephone number system. All businesses still require standard telephone numbers, and it would be extremely complicated to overhaul that system. All mobile phones are assigned a telephone number, and those numbers are how users connect through voice and text message. The numbers, however, are essentially meaningless. Once a user stores a telephone number into their phone, they never have to dial again. They use either text or voice commands to connect with their contacts.

Erasing the telephone number is, at this time, impossible. As a world we are still far too dependent upon it, and global telephony requires the use of those numbers. It could be possible, however, for a user to enter an email address, much like what happens on Skype and Facetime, and the calling system would then convert that email address into a telephone number in order to make the call.

Unified communications systems are becoming more and more prevalent. They are easy to use, the call quality is excellent, and they allow people to connect globally without paying extra fees. The uber-popular Google Voice network is connected to Gmail. Users can forward their Google number to any existing telephone number, but they can also send and receive telephone calls straight from Gmail. All Google Voice messages can be delivered via email and text, and users can also connect their Voice number through Google Hangouts.

Using this same approach on a wider system, users would be able to place a “telephone” call to an email address, and the system will turn that into a traditional number in order to place the call, similar to the binary system that computers use to transmit data. With an email address or user ID system, all calls, chats, and texts could be centralized – everything would be connected through that single digital identifier.

It’s unlikely that this generation will see the death of the telephone number. Those numbers are so ingrained into the system, that it will take many decades to develop a new, common communications system based on email addresses or user identifiers. Many people also like the privacy connected with telephone numbers. Though most numbers are in fact, not private, people give out their email addresses quite casually to friends, acquaintances, business contacts, and companies with whom they do business or are considering doing business. Allowing anyone who knows an email address to call that person, could open massive privacy-related floodgates, and there would have to be a strong system in place in order to protect individual privacy.

There is, however, massive appeal in connecting to humans through their names, rather than a series of digits. Unified systems like Google Voice, Apple communications, and Skype are becoming more and more popular, and are showing no signs of decline. It remains to be seen when, if ever, buying a telephone number will be obsolete, but for now, individuals have a broad range of choices when it comes to how they place and receive voice communications.