Hedging Bets and Boosting Odds: 7 Ways Your Business Can Win with a 0800 Number 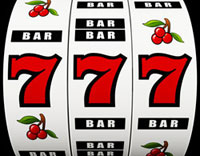 Business owners and gamblers share very similar strategies and goals. They both work to minimize risk in an effort to reduce the odds of loss and increase the chance of walking away with more money in the end. When a business owner acquires an 0800 number, he or she may not equate the move with gambling in a casino or at a horse track. But the two worlds aren't that far apart. The acquisition of an 0800 number is a strategic hedge designed to improve the business's chance of success and mitigate the risk of failure. The many options and features that are available for 0800 numbers are mirrored in the seedier but similar world of gambling.

In the game of poker, players often misrepresent the strength of their hands by behaving aggressively or playing as if they had a winning hand when they actually do not. This gives the impression to other players that their cards are better than they really are, influencing them to bet small or drop out altogether, even though they were actually holding superior cards.

This age-old strategy, called bluffing, is shared by small businesses that purchase vanity numbers. Vanity numbers are 0800 numbers that spell the name of a business, an acronym or a product. Vanity numbers are easier to remember when heard or seen by customers who aren't in a position to write them down. But perhaps more importantly, vanity numbers have shown to increase credibility and brand perception. Customers see a vanity number and associate it with an established, thriving corporation. In essence, they're falling for a bluff.

When a business establishes an 0800 number as a virtual number, they're keeping all of the benefits of toll-free dialing, but removing the necessity of physical infrastructure and staffed call centers. If you were a gambler, this would be online poker. The money is real and so is the risk — it just takes fewer human beings to make the whole gamble possible.

When owners of 0800 vanity numbers purchase other numbers with similar spellings, they do so for several reasons. First, it protects against accidental misspellings and mis-dialings by hurried or distracted customers. Also, it insures that unscrupulous rivals don't scoop up like-sounding numbers in an effort to hitch their wagons to the original business's branding success. This concept — the hope of gaining enhanced fortunes down the line by putting extra money down up front — is a well-known principle to players of blackjack. They call this strategic expenditure "doubling down." 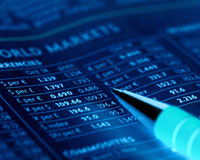 One of the quickest ways to get banned from a casino for life is to get caught counting cards. Counting cards gives the player a decisive advantage by removing some of the element of chance. If a gambler knows which cards have been played, he or she can make educated guesses on which one is coming next. One of the amazing things about an 0800 number is that it provides metrics and marketing analytics that can help a business determine which ad the caller saw, which number polled better in calls received or conversions, and which type of campaign worked better with the 0800 number. In gambling and business, information is the difference between going home flush or broke.

In order to entice gamblers in during the off-peak hours, casinos sometimes manipulate odds slightly more in favor of the gamblers (by dealing blackjack with fewer decks, for example) at certain times of certain days. Savvy gamblers know that timing is everything, and will schedule their casino trips at the time when the odds are in their favor.

Time-of-Day routing follows the same principle. When your 0800 number is linked to a time-of-day routing system, calls are scheduled to go different places at different times of day or different days of the week. If your offices close at 5pm, calls after that can be automatically routed to an open office in a different time zone. If a business is closed on Sundays, incoming calls be automatically routed to a call center that doesn't take the day off. The ultimate 0800 hedge, time-of-day routing follows the example of off-hour gamblers who know that timing is everything.

In the dice game craps, bets are placed and fortunes are made or lost depending on not a single roll or hand, but on a sequence of events happening in a specific order. The dice pass from player to player. On certain rolls you win, on other rolls you lose, and then there are neutral rolls of the dice that simply keep your turn alive. Sequential dialing works on the same principle. In the event that a primary phone number is busy or occupied, calls to that number are automatically routed by a sequential dialing system to a predetermined secondary number, third number, and so forth. The call isn't answered. The call isn't dropped. The call is simply kept in play. 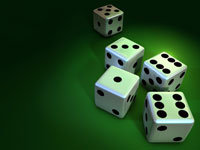 Similar to sequential dialing, you can set your 0800 number up with a simultaneous dialing feature. When certain cards are dealt in blackjack, the player has the opportunity to split his single hand into two. If he or she splits at the right time, it is extremely advantageous — so much so, in fact, that some casinos don't even allow splits any more. By playing two hands at the same time, the odds of at least one of them being successful are dramatically improved. Similarly, with simultaneous calling, a single call to your 0800 number rings multiple lines at the same time, reducing wait time and crushing the odds of the call being dropped.

Entrepreneurs and gamblers are both in the same business: The business of mitigating risk, exploiting opportunities and making money. When a business owner buys and manipulates an 0800 number, he or she working to improve the business's odds — same as any gambler.