Losing the "Phoneiness" with a Virtual Phone Number 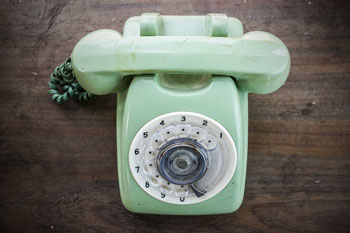 It’s been a few years since the days of rotary dials and party lines. By a few years, we really man a few decades. They are no longer outdated (Windows XP is “outdated.”) They are outright lost, historic concepts that are so far-fetched at this point they’ve literally made their way into history textbooks.

Analog lines aren’t that far away.

While it’s true that there are a few places that analog lines are still in use – emergency elevators, hard-wired alarms, and extremely rural areas where dial-up is the only available mode of internet transport – even these oddities are part of a rapidly disappearing niche.

The next step of natural telephony progression is a virtual phone. Virtual phones add a tremendous amount of value, both in features and cost. Call forwarding, conference calling, and the quality all significantly outperform a standard analog line on every front. Because the voice packets are sent via internet protocol instead of an analog signal, there is a much greater degree of flexibility and routing. No more time-consuming installations, no more answering machines; just a streamlined service to increase efficiency.

One of the best methods to utilize the full functionality of VoIP is a virtual (or hosted) PBX. A Private Branch Exchange uses advanced call routing to direct calls based on a pre-determined set of rules set up by the user. These can use time of day routing, idle time, round robin, or virtually any fathomable configuration. Furthermore, with advanced call forwarding, it will forward calls to a pre-determined sequence of numbers or ring multiple numbers at once. 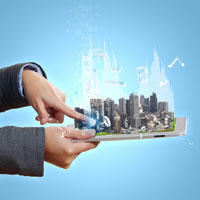 Beyond the functionality of a PBX, there are still a number of benefits to using VoIP or a virtual number. With virtual call forwarding, you can obtain an international number for your business. This allows your number to show up as a local country and area code when calling overseas – by using the same phone you would use to call your house a few miles away – albeit a little differently. Reciprocally, customers in China – or anywhere else, internationally - would be able to call you at a Chinese number, and your desk phone, wherever that is, would ring just as if you’d received a local call. Furthermore, long distance charges – which were once quite exorbitant – are cut into a fraction of what they once were.

With VoIP phones, there are multiple protocols to choose from, but one of the fastest growing is SIP (Session Initiation Protocol) which is incredibly secure and very inexpensive. Unlike POTS lines (Plain Old Telephone Service – and yes, that’s an “official” acronym) SIP is actually very scalable and easy to provision new lines. PRI (Primary Rate Interface) is another, perhaps even more common protocol for VoIP, and like SIP, the scalability and functionality is considerably greater than old-fashioned analog lines. Couple this with the considerable cost savings, and it’s no wonder POTS lines are becoming extinct.

While it seems as if analog phones are a dying breed, virtual phones are quick to pick up the slack – or, more specifically, to force them out. However, with all the benefits and advanced features of the analog phones, we certainly aren’t surprised. That’s simply the nature of the technology explosion.