What do Toll Free Numbers Mean for your Business? Some Hard Data 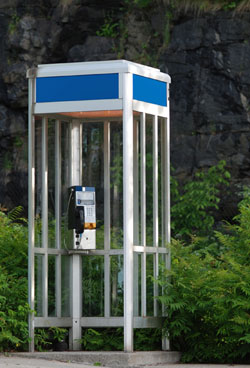 In what was seen as the first major blow the legality of the National Security Agency’s phone-data collection program, a judge recently ruled that the NSA could no longer base the program’s legal justification on precedent derived from dealings with phone companies in the 1970s.

The nature of our relationships with our phones, he explained, had changed so dramatically in the ensuing 40 years that the two concepts were no longer comparable in the modern, mobile world. That undeniable fact applies to every aspect of modern communication, including the nature of toll-free numbers — which emerged around the same time as the data-collection precedent — and their impact on sales and conversion rates.

For businesses, there are new opportunities to be found, but adjustments must be made to keep up with the times.

A Brief History of Toll-Free Numbers

In 1967, AT&T introduced the first toll-free number — beginning with the prefix 800 — as an easy way for businesses to pay for the cost of a prospective customer’s call. Prior to that, customers had to make collect calls and could not be connected until payment was guaranteed by the business that the customer was trying to reach.

The 800 system was wildly popular right away, with 7 million calls generated in the first year. As demand grew with the population, the FCC created 8 million new numbers in 1996 with the addition of the 888 prefix. The ensuing years saw the creation of the 877, 866 and 855 prefixes. Not released until 2010, the overwhelming majority of 855 numbers are still available.

Because of the prefix’s longevity and familiarity, 800 numbers test by far the best on conversion rates. There is a direct correlation between the prefix’s release date and its conversion rate, with rates decreasing incrementally with the amount of time that the prefix has existed.

This was demonstrated in a study that categorized 18,100 visits from paid search ads on Google, each coming from four distinct landing pages. The landing pages were identical — except for a different prefix on the toll-free number. 4.38 percent of 800 numbers were successful, as opposed to 3.72 percent for 888 numbers. The next youngest prefix, 877, had a conversion rate of 3.65 percent. The newest prefix in the study, 866, had a rate of just 2.74 percent. All in all, the oldest prefix had a nearly 60 percent higher conversion rate than the youngest. 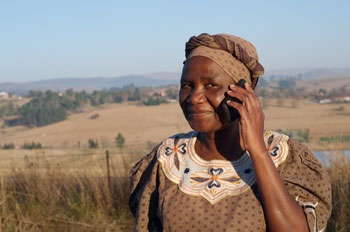 As Time Magazine recently reported, more people in the world have access to a cell phone than they do to a toilet. Six billion out of the world’s seven billion people have a mobile phone. Only 4.5 billion have basic sanitation. In developed nations like the United States, 128 percent of the population has a cell phone, if you factor in people with multiple phones. When it comes to landlines, however, that number goes down to 46 percent.

The toll-free number was created to spur potential customers into calling a business by making it convenient and free on landlines, which were subject to variable long-distance charges. With modern, minutes-based cell phone plans, both the cost and level of convenience is exactly the same whether you dial an 800 number or any other number at all. Another factor in the dwindling relevance of the toll-free number is that more and more of the shrinking landline pie gets gobbled up by VoIP services every year. As with cell phones, VoIP services have flat-rate structures that provide no immediate incentive for the customer to dial toll-free numbers.

Toll free numbers, however, remain a crucial element in business telecommunications. They continue to provide legitimacy for businesses and are particularly effective in one regard: vanity numbers.

Vanity numbers are numbers that are personalized to spell out or sound like a concept, generally related to the business’s name, product or service. Not only do they make the number easier to remember, but they can lend credibility to a business, as well as function as an effective branding tool that can associate a business with its phone number.

The first and most famous to harness such a strategy was 1-800-FLOWERS (which would later become 1-800-FLOWERS.com), a company whose branding success can be directly attributed its toll-free vanity number. There is strong evidence that, even as the concept of the toll-free number in general loses clout, vanity toll-free numbers can have a dramatic impact on sales and conversion rates, specifically in industries that advertise heavily on radio or TV.

Since it procured the number 1-800-HOMECARE, the hospice company Superior Homecare of Utah reported a 300 percent increase in sales referrals. The business’s owner traces the spike directly to his acquisition of a memorable vanity number. 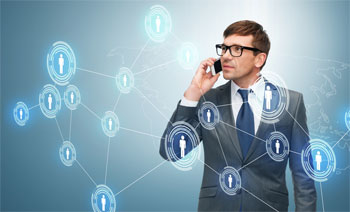 A Georgia-based homebuilder reports a jump in calls up to 40,000 to 50,000 a year since acquiring the vanity number 1-800-New-House. Not only was call volume tangibly higher, but the company saved money on advertising. If they had retained local numbers for all 43 of their locations, they would have had to run 43 different batches instead of just one.

There is no doubt that the format for which toll-free numbers were invented is receding, but their efficacy in business endures. It can be concluded that the older the prefix, the better, and that vanity numbers can be powerful tools for branding and securing high conversion rates.